It’s National Storytelling Week so we are going behind the seams and paying homage to the very best well fashioned stories committed to film – the finest craftspeople sharing their stories and skills for the camera.

Fashion is all about hands and hands need only the very best dressmaking scissors so over to you Ernest Wright and Son and The Putter film from the extremely talented photographer and filmmaker Shaun Bloodworth – tell us your story/show us your skills.

Ernest Wright and Son is a family company that has been hand-making the finest scissors and shears in Sheffield since 1902, and still does so today.

Most famous for its dressmaking scissors, Ernest Wright and Son has embraced the power of the story and used it to showcase the beauty of scissor making to a brand new and growing customer base.  Indeed, The Putter film has been credited with helping them to come back from the brink when back in 2014 the company was at risk of closure from a lack of orders.  The Putter went viral, bringing in orders from around the world – helping to reverse the company’s fortunes.

The rest, they say, is history, but a history that lives on with a successfully-backed lifetime lasting kitchen scissors kickstarter project seeing 3,684 backers pledging £248,419 to help Ernest Wright and Son bring back its ‘Kutrite’ pattern of all-purpose stainless steel kitchen scissors, and train apprentice ‘putter-togetherers’ in the techniques and art of putting scissors together.

Sadly, in writing this piece I read that Shaun Bloodworth, The Putter filmmaker sadly passed away last year.  Friends of Shaun are asking people to join the organ donation register.  You can see more of his work his work and on vimeo.

The disappearing art of making scissors by hand a BBC film by Susannah Reid in which Eric Stones, one of the two “Master Puttertogetherers” at the factory, spoke to BBC News about his disappearing craft. 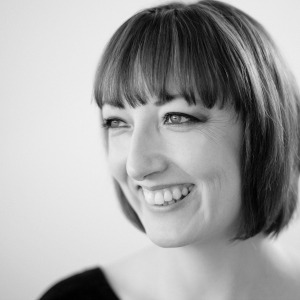 Celebrating wearers and makers of #wellfashioned style. Blogging about quality-crafted, ethically-made womenswear and accessories both home and abroad. Made in Britain and Ireland is my specialist subject.